via Staying in with KT King

come and join Linda Hill and myself as we stay in with a copy of Little Eden and some melt in the mouth batch of Mrs B’s scones! The recipe is in the back of the book along with squidgy brownies, traditional Arval Bread, ginger snap cookies and carrot cake muffins!

Lucy and Sophie will love to see you in the Daisy Place Cafe Bookshop, come join us this weekend for a thrilling, cosy and enlightening weekend staying in!

So many people learnt Reiki or some form of energy healing prior to 2012. This was to help raise the number of people who could be used as code carriers. Their etheric bodies were encoded with the attunements which could then be harnessed later on. I call these people the ‘suitcase carriers’ because they carry the code within their etheric body until it is time to either anchor it in a certain place or pass it to someone else.

You do not have to practice your energy healing though to be used as a porter!

Going on holiday or even going to the nearest town where there is an important portal site can be enough for you to have dropped off codes or picked them up. Some of you may notice that during shifts and downloads, you visit the same people or places and not deliberately but because you just feel the need to go or it was in the diary.

Co-incidences are very common when codes are involved!

Some lucky people get to go on holiday to the most amazing places because they are dropping off or passing on codes and some people have to go into the darkest places to do their bit.

Do you use the ‘drive by’ method?

A friend of mine brought me a code this year simply by using the ‘drive by’ method. When driving around your area or on holiday you maybe doing more than you think you are!

Driving or walking can send codes into the lay lines or you might be picking some up.

Sometimes you may find that your sat nav takes you the wrong or different way or you may find for some inexplicable reason you have taken the wrong turn when you know the route like the back of your hand!

The friend who brought me a code was sent a different way to my house via Lincolnshire; she had driven to my house for 15 years and never taken that route. I had been supposed to visit my healer friend in Lincolnshire the week before but due to ill health I could not go. The guides will usually have a plan B just in case.

Another light worker friend often ends up driving around her area at random and I was once in a car that took me to Bosworth (Richard 3rd battle field) just because the sat nav went ‘wrong’ and it was about 25 miles out of our way! I had no idea we would end up there but once we arrived I realised what had happened!

Here is a book review from one of my dear readers who took the time to let us know what she thought of Little Eden!

Love this book, it drew me in from the very first chapter. I want to live in Little Eden and wile away the hours in the beautiful Daisy Place Cafe Bookshop, enjoying afternoon tea (Mrs B’s recipes in the back are delicious and easy to make, especially the chocolate brownies – which my husband says are the best ever – and the ginger snap cookies are so popular with my run group I have to make them nearly every week.

Loved the change of pace and atmosphere. The story was unpredictable and not at all what you would expect.

The first part is cosy the second part is really thrilling!

Not sure which I fancy more, Jack or Robert, I keep changing my mind!

My favourite character is Lucy because I can relate to her the most, she wants to help and support everyone around her.

It’s a spiritual book but you don’t have to be into any of that to enjoy it and if you want to know more about past lives or crystals etc the wiki-links are a great source of extra info.

I used the iTunes links off the blog to have the soundtrack in the background as I read – plus eating cake as well! It’s really like you can be inside the book.

I bought a couple of the crystal bracelets off KT’s Etsy shop for friends this Christmas.

I would recommend this book to anyone and everyone. Can’t wait for book two!

To see more reviews or to download your own copy or buy a copy for a friend, please click below! 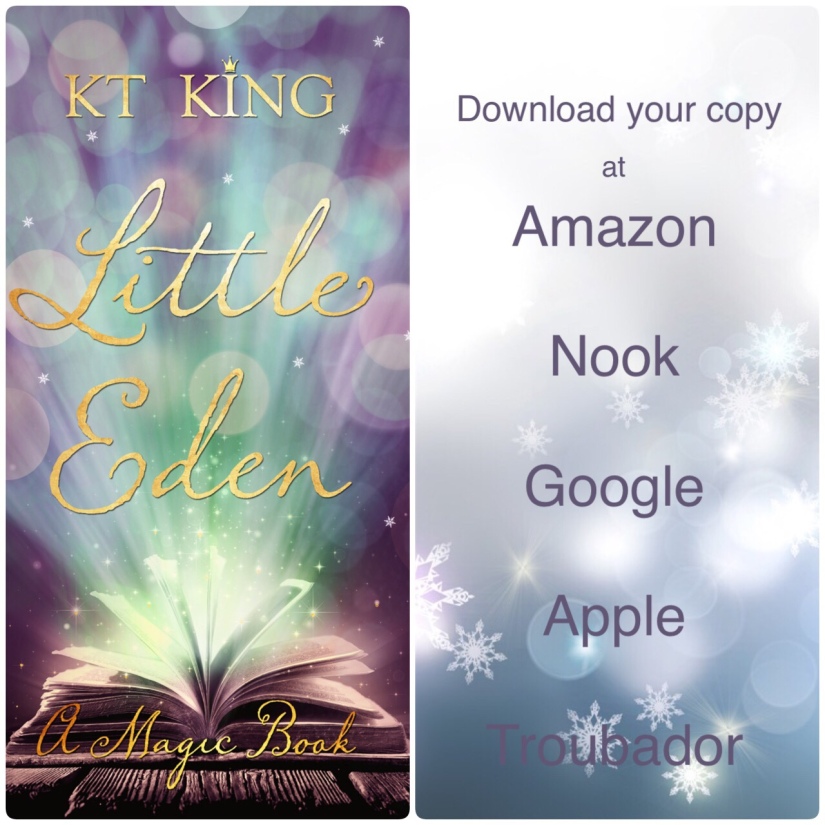